We’re delighted to announce that guitarist Sungbin Cho has won second prize at the Royal Academy of Music’s guitar concerto competition with Stephen Dodgson’s Guitar Concerto No. 1 with pianist Leah Park. The competition also featured concertos by Rodrigo, Tedesco and Villa Lobos among others. 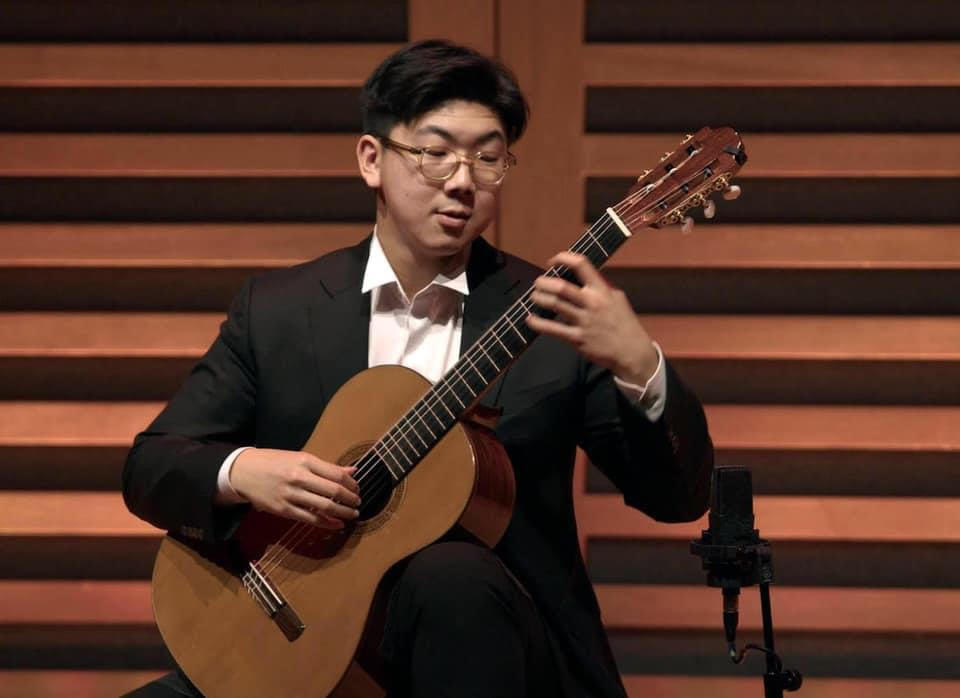 Korean-born and originally a pianist and violinist (something he modestly claims not to have excelled at), Cho fell in love the guitar after his father found solace and joy in learning it during a critical illness. His son joined him on this journey and discovered his own passion, feeling naturally ‘at home’ on the instrument. He describes how he loves using music as a means of communicating with people.

Dodgson particularly appeals to him as he feels that the composer is always ‘in conversation’ with the performer and with the audience. Cho describes the concerto as being ‘one continuous story’ and not following conventional patterns. He enjoys the contrast in the details, the unresolved feel of the first-movement melody, the nostalgia of the second movement (for Cho epitomising a foggy scene with the waves breaking on the beach) and the ‘festival’ nature of the third movement (very tricky to get under the fingers, but the resulting music ‘amazingly strong’). He says that he looks forward to playing the concerto with orchestra and to hearing in person a particularly beautiful flute part in the orchestration. One of the best things about being the soloist, he says, is being able to sit and be the ‘audience’, enjoying the special orchestral moments and colours between his own solo sections.

Cho is already the winner of the International Guitar Competition which took place at Kings Place in October, winning first place with a programme that featured Dodgson’s Partita No. 1. And he returns to Kings Place on Saturday 16th July where he will perform Dodgson’s Fantasy-Divisions as part of a lunchtime recital.

‘It was a special feeling that day. From waking up in the morning, going to the competition, and sitting down in the waiting room until the moment I went on stage, I don’t know why but I felt “I am really ready.” I was very confident and also I thought “The day has finally come!” You know sometimes it was so hectic at the time, but afterwards, I used to think “I wish I could have enjoyed that feeling a little more.” But I already knew this was a dream-like day and I could enjoy that – it was like a dream: “I can’t believe I’m in the final of the London International Guitar Competition here in this beautiful place called Kings Place!” I was really excited about that. And the moment I first entered the stage, the audience was sitting there, and I was so moved to see such a big audience, (and the only person I know in it was my wife!) – they came to listen to my performance.

And on that day, I played Stephen’s Partita No. 1 and it’s a music that really has a lot of contrast coming out and every melody and every dotted rhythm that seems to describe him so well. It’s really intense. I feel like the music I play on the stage becomes much clearer than when I practise. When I played Partita No. 1, I felt all the parts so clearly that I couldn’t miss them and concentrated on expressing them. Especially when I played the second movement, there was a part where I tried to express dynamic in an extreme way by changing the tone a lot,  I was very moved during the playing by myself, that I felt like I became Julian Bream for the short moment. The performance on that day was very special to me.’ 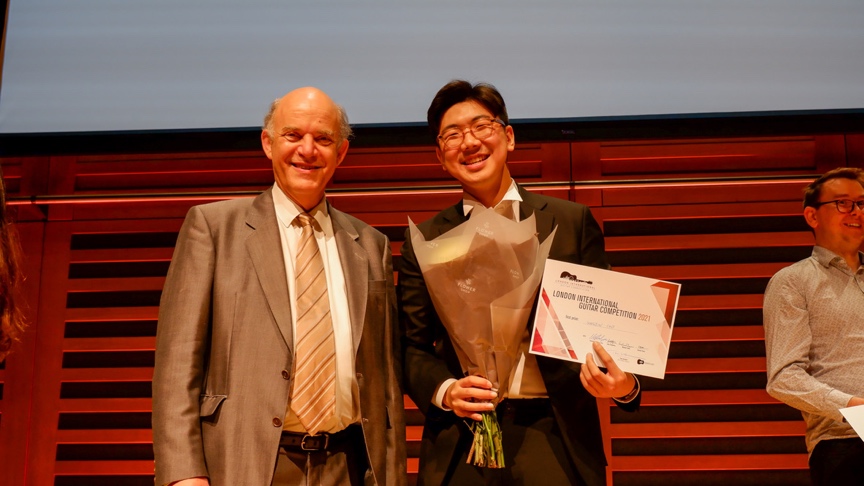 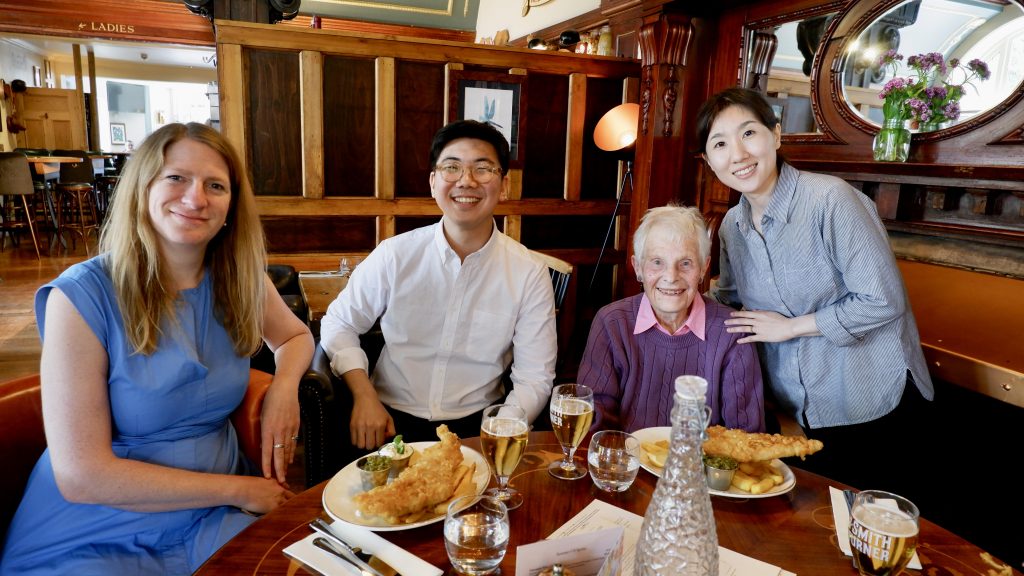