Last week I had the privilege of sitting in on the premiere recording of Stephen Dodgson’s playful one-act opera Cadilly, following on from two concert performances of it at the Barnes Music Festival in May. I also managed to catch up with the cast and instrumentalists and talk to them about the work.

The piece comprises four soloists (in this version soprano Rebecca Hardwick, mezzo-soprano Kate Howden, baritone Gareth Brynmor John and bass Jonathan Brown) and a wind quintet (drawn from the Magnard Ensemble) and tells of the saucy siren, Anna-Marie Cadilly, who enjoys the ‘company’ of men and the financial rewards she reaps from it, and who is duly thrown in jail for her misdemeanours. But her sensible sister and friends contrive a madcap plan to get her out of trouble, with the help of her seductive powers and a simple Fenland boy, Silly Billy! 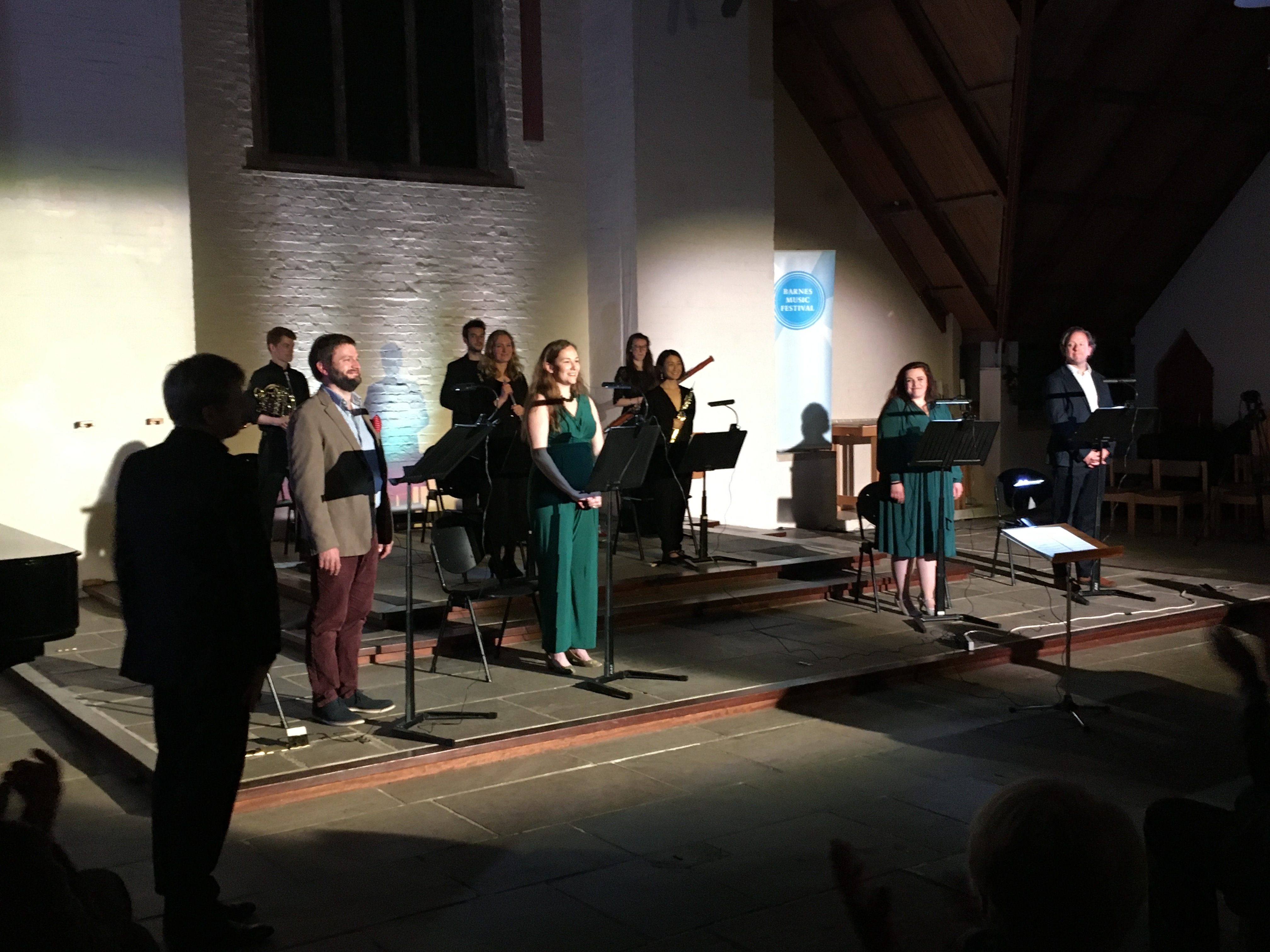 When Stephen Dodgson was commissioned to write a one-act opera in 1969, originally performed at the Soutbhank’s Purcell Room, he took the story (by WH Barrett) from a favourite book of his, Tales of the Fens, and had a libretto written by David Reynolds. Dodgson had a huge passion for both text and character, and his widow Jane Clark Dodgson told me that he enjoyed the challenge of crafting the music to depict these in Cadilly along with the music to convey the Fenlands he so loved to walk in summer and icy winter alike.

Director James Day: ‘Stephen Dodgson writes so well for instruments and voices. There are so many different colours he manages to achieve throughout the piece. Whatever the mood or character, whatever the scene is, there is such a clear picture painted through the textures and the colours in instruments and the vocalists.’ 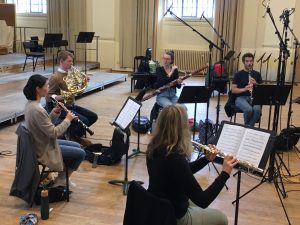 And bassoonist Catriona McDermid commented, ‘He is really good at painting different landscapes and colours. The music is extremely colourful which draws the listener in.’ She added that his music is also ‘very esoteric and quirky’ and oboist Mana Shibata agreed that ‘the overriding thing is his sense of humour, even in the most profoundly beautiful moments.’ Singers and instrumentalists alike certainly delight in this humour that Dodgson brings to his music. Rebecca Hardwick: ‘It’s really fun. It’s always got a twinkle in its eye.’

And when I asked them how they would describe the writing to a Dodgson newcomer, what to look out for, they agreed that it manages simultaneously to be very tonal and ‘user-friendly’ with ‘tunes you can go home whistling’ while at the same time ‘very colourful music and quite changeable – you’ll never be bored and there’s always something happening. Expect the unexpected!’

Rebecca Hardwick told me she had bits of the opera stuck in her head for weeks after the Barnes performances in May. As for me, the section where sister Lucy and her husband are laughingly teaching Silly Billy a rhyme he will use to impersonate Anna-Marie certainly jostled joyfully around in my mind for days after hearing Cadilly. An absolute charming delight of a piece!

So watch this space for the release of Stephen Dodgson’s opera Cadilly. 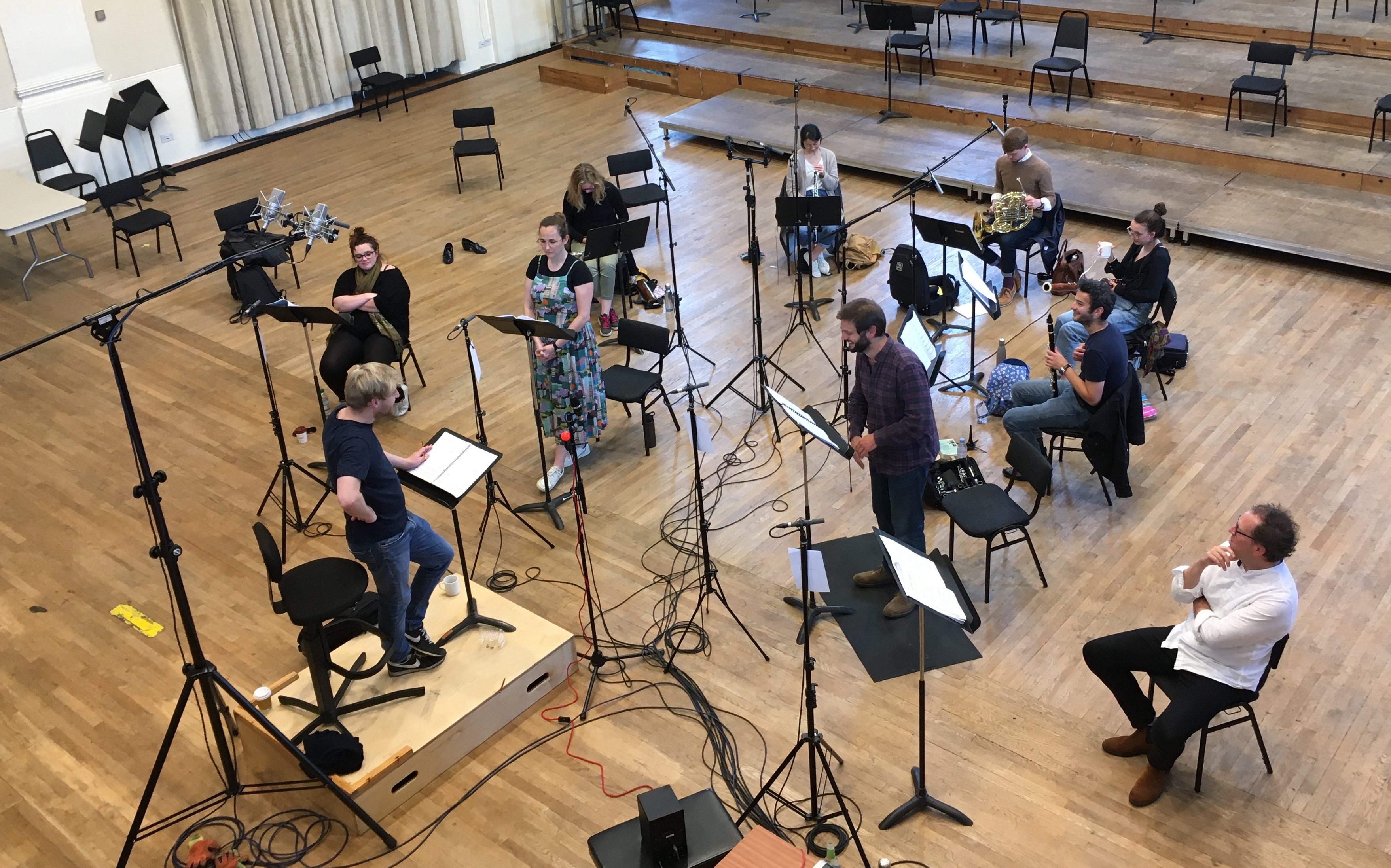