Musician, writer and reviewer Rufus Stilgoe shares his reflections below on the concert of Dodgson solo songs ‘Songs for the Everyman’ given on Monday 1st February by Ailish Tynan, James Gilchrist, Marcus Farnsworth, Ian Wilson, Mark Eden and Chris Glynn, and was live streamed to audience members. The concert heralded a larger project: the recording of a major section of Stephen Dodgson’s solo song repertoire with the same performers as well as Katie Bray and Roderick Williams. 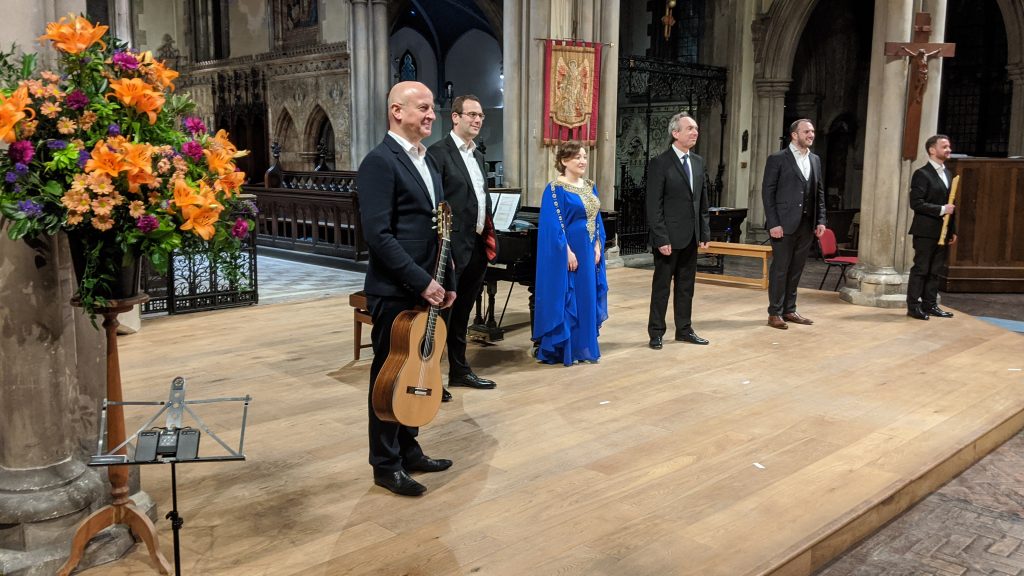 In a concert devoted to the songs of Stephen Dodgson “Bow-wow” was the last word. Bow they did, and rightly so, and “wow!” is my response. Stephen Dodgson’s music was completely new to me, and I want to know more about this unique and evocative music.

We were in a splendid space where the music positively bloomed. Despite the lack of live audience there were no concessions to the peculiar, distanced world we are living in: this was truly the best collection of performers for the job. James Gilchrist of course, the great Evangelist, expert on this music and absolutely at ease with the variation of tone needed, sometimes expressive, sometimes lyrical, occasionally dramatic, the finest of English tenors. 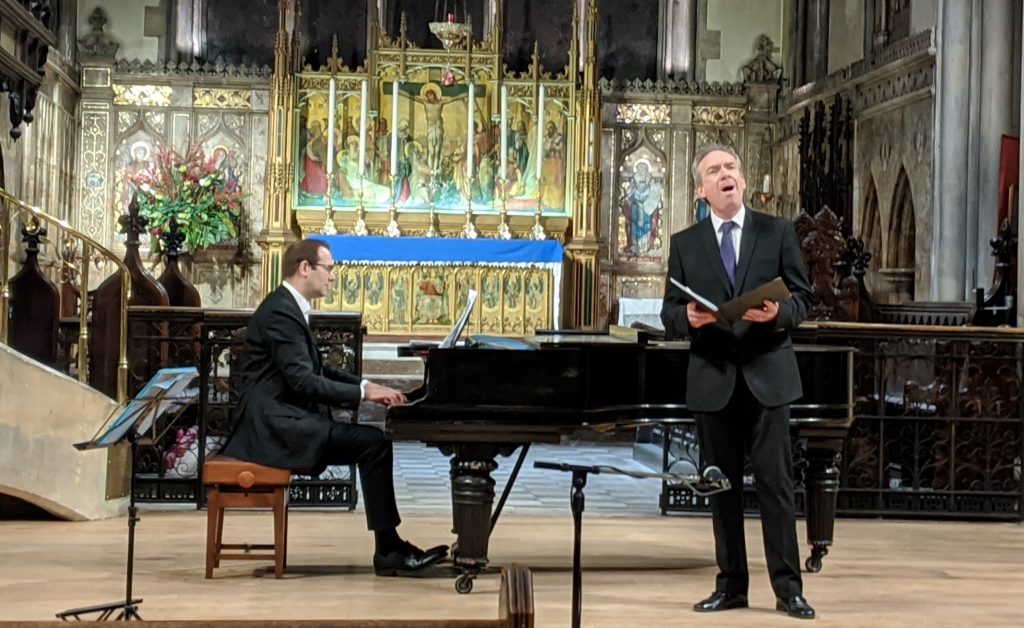 Ailish Tynan simply ravishing in the glorious coloratura flourishes but also the moments of dark intimacy, and Marcus Farnsworth, whose warm baritone with a steely edge to it was perfect for this music. 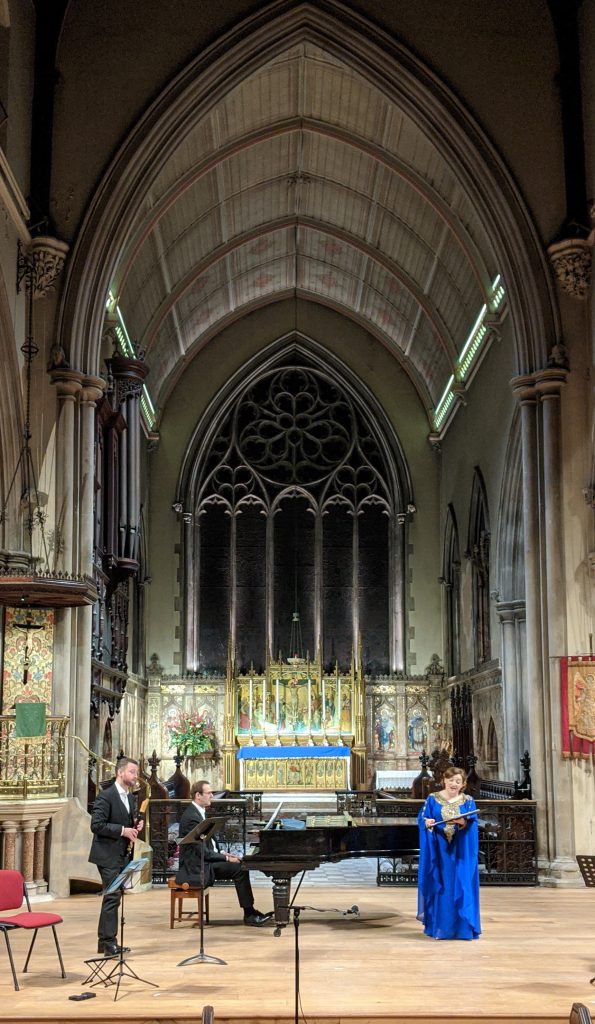 They were accompanied expertly on the piano by Chris Glynn. Some of this piano writing is very virtuosic, but never for show.  There is word painting, but always written and played in service of the voice. For instance, in Winter Heavens the piano punctuates the mysterious song with chilling discords, almost saying “brrr!”. There are echoes of Bartok and Debussy, and even Schubert, and especially Britten.

We had idiomatic and atmospheric guitar from Mark Eden in the cycle London Lyrics showing that guitar accompaniment can be something other than folksy or Spanish. Then in the cycle Riley & Co the guitar teams up with recorder and we are treated to terrifying knocking in an evocation of a Philippines bamboo dance. Ian Wilson’s recorder playing was also used later with fabulous flutter tongue to evoke a cat, but in many instances the recorder’s music was like warm honey, as it can only be when played by an expert.

Dodgson was an English composer who drank in the influence of folk music, of early music, of jazz and of atonalism, and forged his own style nonetheless, as much continental as English. I was reminded of both Finzi and Delius.  Written over a long career (from the forties to the noughties!) but with a unique voice, the sheer variety of the voice writing, its range and tone, is astonishing. It is generally syllabic with the occasional florid melisma, tonal but full of surprising and beguiling discord. But it is also beautiful, intimate, sometimes haunting but occasionally intense and operatic, and my appetite has been whetted for the recording of Dodgson’s opera Margaret Catchpole. 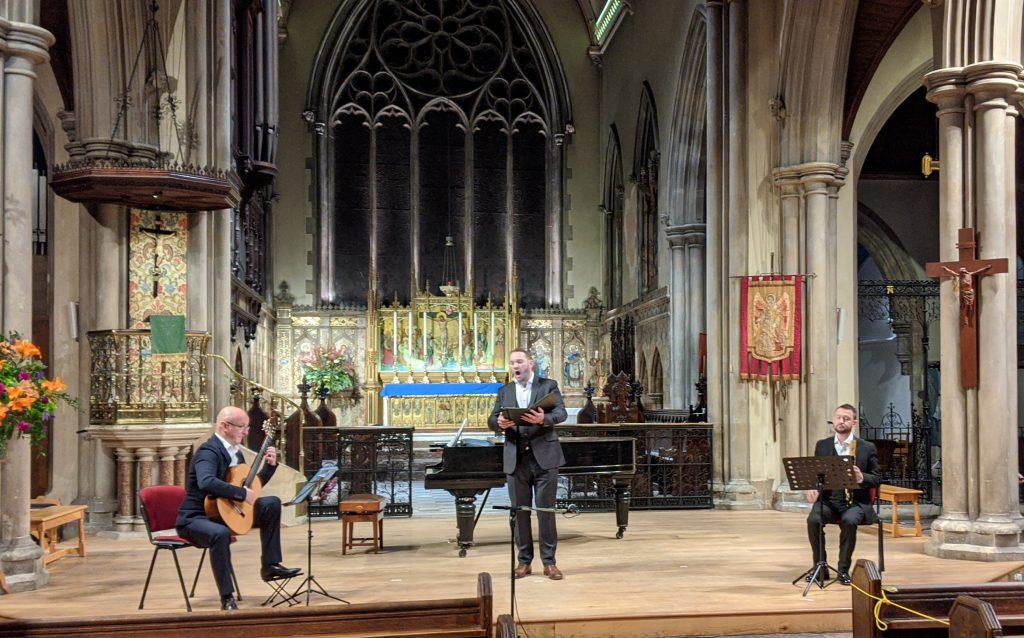 We were given solo song cycles dealing with London, the sea, country characters, and the cycle for soprano and baritone in Louis MacNeice’s The Distances Between, fabulous sinuous writing for the two voices, echoing and meeting. Stephen Dodgson’s great skill, as well as illustrating the unfamiliar, is to take the familiar and make something new. Settings of Gerard Manley Hopkins and Ben Jonson, and in particular Charles Causley in Riley & Co, where he brought the same light touch to serious subjects as the poet has done. In his setting of Blake’s The Lamb he gave the poem a genuine pastoral feel, as if sung by a shepherd with the lamb on his lap, taking the emphasis away from the numinous intensity that Tavener gave it.

And finally we had Rocco the story and lament of a Saint’s faithful dog. “Bow-wow!”. 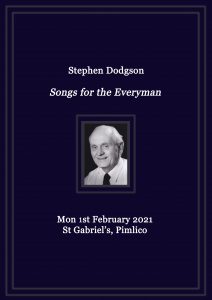