“It is very exciting for me, as Stephen Dodgson’s widow, to report that Toccata Classics will be releasing a series of recordings of his chamber music – which at the moment looks like being five albums. Allow me to outline what you can look forward to. 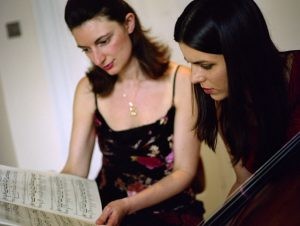 The first of this series, just released, is of his music for cello and piano, played by Evva Mizerska and Emma Abbate, both indefatigable protagonists of his music: Stephen wrote both sets of Romantic Pieces for these players. Indeed, Emma now has Stephen’s lovely Bluthner piano, bequeathed to her in his will. The Cello Sonata was written for Anna Shuttleworth and Bernard Roberts. Bernard played most of Stephen’s piano music and several pieces were written for him. The Five Occasional Pieces were composed for Tom Igloi, a brilliant cellist who sadly died very young, and were taken up by Rohan de Saram, yet another devoted protagonist.

The second disc, to be issued early in 2017 (as TOCC0357), will present Stephen’s (two-cello) string Quintet (written for the Chilingirian Quartet) and his two Piano Quintets, with the Tippett Quartet and Emma, a new partnership which has taken off, with concerts already planned – an exciting development, this, as the Tippetts have long been closely associated with Stephen, with many concerts and recordings behind them.1 The cellist joining the Tippetts in the String Quintet is Susan Monks.

Next to be recorded, in April next year, will be an oboe album: music for oboe and piano, oboe and harp, songs with oboe obbligato and the Cor Anglais Sonata. James Turnbull, the oboist, played Stephen’s Oboe Sonata at this year’s Barnes Music Festival and was such a hit that we asked him about doing this recording, and I’m glad to say that he jumped at it. A favourite of mine, Countdown for oboe and harp, deserves a special mention: it was a commission for the Queen Mother’s ninetieth birthday and was played on that occasion by Nicholas Daniel and Ieuan Jones.

Perhaps at this point I should explain that ‘we’ are The Stephen Dodgson Charitable Trust (three of the trustees were at James’ concert). It was formed after Stephen’s death to promote his music, which had suffered a bit of a decline, partly because Stephen’s ill health had rather taken him out of circulation and partly because fashion hadn’t favoured his kind of music. But so many young musicians – from as far apart as Russia, Poland, Ireland and Germany – are surfacing, quite independently, and asking for programme notes, CD notes and copies of the unpublished music that it keeps me busy shuttling between the photocopiers and the Post Office. I can’t wait for the music to be downloadable on StephenDodgson.com [see the ‘Catalogue’ page]!

Moving on to next summer, I’m pleased to be able to report that the plan is for the young and brilliant Magnard Ensemble to record two discs of wind quintets, songs with clarinet obbligato, the Duo for horn and harp, the Quintet for winds and piano and other wind music for various combinations. This group has already been playing one of Stephen’s wind quintets (originally a commission for the Vienna Wind Quintet) at concerts. 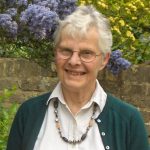 Jane Clark Dodgson, widow of Stephen Dodgson, is a harpsichordist and an authority on François Couperin and the Spanish Influence on Domenico Scarlatti.

These five recordings will span the whole of Stephen’s composing life. The very earliest music here, from 1957, when he was in his early twenties, is the Suite for Oboe and Piano; the Quintet for winds and piano is another early score (1958), one with a distinguished career: its first performance was given by the Dutch Radio Sextet on Hilversum Radio, after which it was taken up by the Melos Ensemble. The most recent work is the second set of Romantic Pieces for cello and piano, dating from 2008. (Stephen wrote his last piece, a trumpet concerto for the young Imogen Hancock and the Thames Youth Orchestra, in 2011. )

Stephen was lucky all his life in that he was seldom without a commission or a request from a particular player, group, festival or music society. He loved considering the particular circumstances of these requests. He would doubtless have taken considerable pleasure to see the number and variety of young musicians who are showing an interest in his music.”