Trumpeter Imogen Hancock shares with us how she came to have Stephen Dodgson’s trumpet concerto commissioned for her and the process of working collaboratively, and takes us right inside the musical soul of the concerto.

How did Stephen come to write the trumpet concerto for you? Was it a collaborative process? 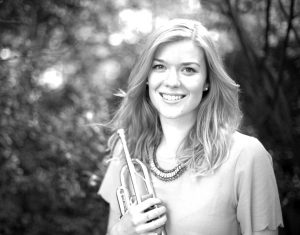 From the ages of 14 to 18, I was a member of the Thames Youth Orchestra, founded and conducted by Simon Ferris. When members finish school and leave the orchestra, there is often an opportunity for them to perform as a soloist with TYO. For my ‘farewell’ concerto, Simon suggested – amazingly – that the orchestra commission a new piece. He had come to know Stephen’s music through a friend, the guitarist Jonathan Leathwood, and had subsequently programmed a performance of Stephen’s flute concerto for a TYO tour. A keen advocate for youth orchestras, Stephen came to workshop the music in rehearsal with TYO, and Simon said that seeing Stephen at work in that environment made him an obvious choice when thinking about the new commission.

Due to Stephen’s poor health at the time, the composition of the concerto was very much a collaborative process between Stephen and Simon. Stephen, who was often in hospital, would come up with ideas and sketches and Simon would help to stitch them together. After I’d received the completed concerto and spent a couple of weeks learning it, I accompanied Simon to Stephen’s house in Barnes, where I performed the concerto to him. It was so interesting to spend this time with Stephen and discuss aspects of the piece like dynamics and articulation. The part was already very idiomatically written so we made barely any changes and Stephen gave me a lot of freedom to choose how I wanted to play it.

When did you first perform the concerto and who with?

I gave the world premiere of the trumpet concerto with the Thames Youth Orchestra in Croatia, on my final summer tour in August 2011. We then gave the piece its second outing, and the UK Premiere, in Kingston Upon Thames in September 2011 with Stephen and Jane in attendance. That was a very special occasion indeed and my last concert as a member of TYO.

Since then, I have performed the concerto with an orchestra at the Royal Academy of Music (March 2015), and in recitals at St James Piccadilly (2016) and Lincoln Drill Hall (2019) in an arrangement for trumpet and piano. 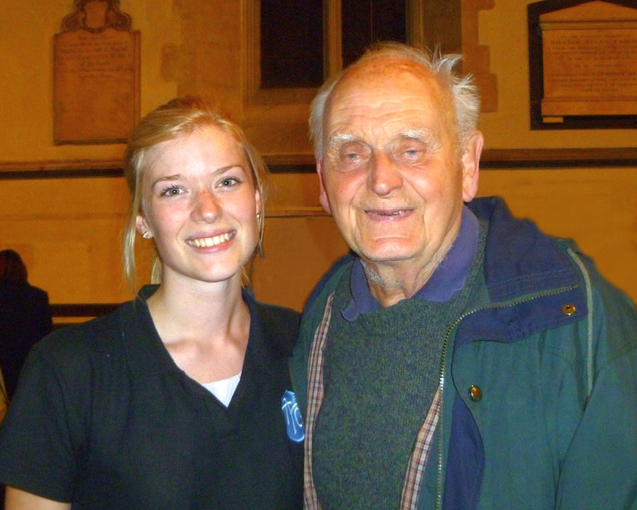 How would you describe the concerto?

The concerto is in three movements, and is scored for trumpet and small orchestra: strings (1st movement), woodwind (2nd movement) and tutti for the 3rd movement. Stephen was once quoted as saying, “I’ve developed a particular fondness for music which outwardly has the manner of a divertimento, but inwardly is quite otherwise”. I think that the trumpet concerto is a perfect example of this: there is a lightness and energy in the outer movements, yet the second movement takes on a much more serious and poignant tone.

The first movement contains quick fanfare flourishes and cadenzas in the trumpet part. In stark contrast, the second movement, an instance of genuine chamber music scored only for trumpet, oboe, clarinet and bassoon, inhabits an altogether different space. This movement is a re-working of ‘Philip’s Repose’, a piece written by Stephen for the funeral of his dear friend, the great trumpeter Philip Jones. It’s a very special movement to play – even more so it because I was invited by Jane to perform it at Stephen’s own memorial service in 2013.

The woodwinds then join the strings and trumpet for the third movement. Stephen has been described as ‘an English Stravinsky’ and I think that character is particularly evident in this quirky, final movement, especially through his particular use of staccato and accents.

My favourite moments in the concerto include the freedom of the unaccompanied, opening fanfares,  the big sweeping intervals in the second movement, and finally the very last few bars. The ending of the piece is somewhat throw-away, which is actually quite characteristic of Stephen’s music and hopefully leaves the unsuspecting audience wanting more!

How does it feel having a piece especially written for you and to be the first person to perform it, as opposed to an existing work? 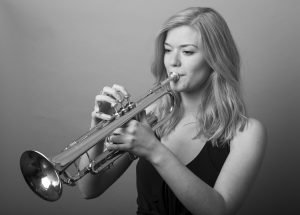 It feels incredibly special to have had this concerto written for me. It actually also turned out to be Stephen’s last composition, and so it is even more of an honour to be the recipient and to have had the chance to work on it with him.

I have since gone on to perform various other new works, but this concerto will always be my most treasured commission. I suppose there is a sense of ownership in that it is written in a way that suits me and my playing, and I’m the only trumpeter who’s played it. However I think it would be wonderful to hear it played by someone else, and to enjoy the different interpretation that they would bring. I’m delighted that we’ve now been able to publish the concerto and I hope that it will be performed by many trumpeters in the years to come.

How different does it feel in the arrangement for trumpet and piano?

In order to create more opportunities for the concerto to be performed, it seemed necessary to have a version for trumpet and piano. It’s much more likely that it could be performed in this arrangement, so I’m pleased that we’ve been able to make this happen. My regular duo partner, pianist Jennifer Hughes, re-worked a reduction of the orchestral score it so that it felt more suited to the piano.

Performing the concerto with the piano is certainly a different feeling to performing it with an orchestra. For instance, there are moments of shimmering strings and long sustained notes in the original score which are more difficult to recreate on the piano. The second movement also feels much more like a solo piece than chamber music in this arrangement. The timbre of the woodwind instruments blends so beautifully with the trumpet and it is can be challenging to match the sound as easily with the piano.

Do you have any recommendations for someone who’d like to learn the concerto?

I think the concerto would be a fantastic piece for students to learn. It’s not too technically demanding and not too tiring (it’s only about 10 minutes long in total), so it’s ideal for a recital programme. The fanfares in the first movement especially make it a good concert-opener.

I’ve found that it can be easy to take the outer movements too fast – they actually sit so much better at a slightly slower speed. The middle movement, on the other hand, works really nicely at a more flowing tempo, so this doesn’t need to be too slow.

Do you have plans to record the trumpet concerto?

I am hoping to find funding to record the concerto in the not-too-distant future. I think it would be a brilliant way to spread the word about the concerto and to hopefully inspire other trumpeters to want to learn it and perform it themselves.