We are delighted to announce a new recording on the Naxos label – the first four sets of harpsichord Inventions by Stephen Dodgson.

Professor Glen Wilson, who set up the project in collaboration with the Stephen Dodgson Charitable Trust, gives us an insight into the music, the performer and the process of setting up the recording

Masterpieces performed by a master harpsichordist

“A major step towards a wider dissemination of Stephen’s important corpus of harpsichord music was taken this September (2016) when the first four sets of his Inventions, 24 pieces in all, were recorded in Würzburg, Germany, by a brilliant young Russian, Ekaterina Likhina. 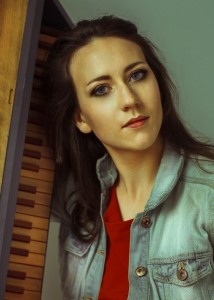 Katya, as she is familiarly known, had been studying with me at the Musikhochschule there since 2014, and received the Meisterklassendiplom, Germany’s highest performance degree, in June of 2016. During our time together, I became convinced that Katya’s astounding technical capacity, musicality and cool head made her an ideal candidate for the job of getting these difficult masterpieces, in which I had long been interested, onto a CD. And so was organised a Naxos recording in collaboration with the Stephen Dodgson Charitable Trust.

Katya does indeed bring a rhythmical precision, sparkling virtuosity and structural understanding to the music; and a deep – one might almost say ‘Russian’ – lyricism gradually took shape with each successive session as understanding of the works deepened. Slavic resonances seem not all that far-fetched, given the fact that Stephen Dodgson recognised Leoš Janáček as one of his main influences.”

On producing the recording 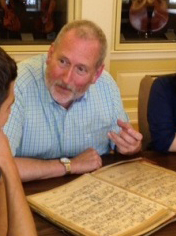 “I produced the recording together with my long-time collaborator, engineer Jürgen Rummel. I feel lucky to have had (harpsichordist and Stephen’s widow) Jane Clark Dodgson as a constantly available advisor throughout the intense learning phase.

I rank the Inventions among the very best works of the 20th century for the instrument, and credit Stephen Dodgson with near-heroic adherence to the canons of Western music under the onslaught of a ‘modernity’ that sometimes must have seemed to him like collective insanity, while at the same time exploring the outer reaches of the instrument’s possibilities, and exploiting them in a voice uniquely his own. A great lover of Scarlatti myself, I relished the rhythmical complications which, by the composer’s own admission, were often inspired by the great Neapolitan. I especially appreciated Stephen Dodgson’s harmonic language, which often veers dangerously close to atonality, and then back again to a center near C major. This salient feature of the Inventions led to a decision to tune the harpsichord in a slightly unequal temperament, which was supported by Jane Clark Dodgson.”

On the practical advantages of modern music production

“It has recently become possible to produce commercial CDs one at a time, rather than in the large manufacturing runs which were until recently necessary to make a project economically viable. It is therefore now far easier for niche repertoire to be launched into international marketing and distribution. In addition, dissemination through downloading and streaming is taking an ever larger role in the marketplace for classics both ancient and modern. This Naxos release will be available in the latter forms, either by single inventions or as the whole group of 24, as well as ‘physical CDs’, as they are now called.”

More on the release dates at this blog in due course!