Late last month I joined a throng of excited parents and music-lovers attending a delightful concert at St Mary’s church, Barnes, which featured the music of Stephen Dodgson. The concert was part of the fifth Barnes Music Festival. The Dodgson works, all on the subject of London, rivers or the Boat Race, interwove the festival’s theme of ‘Music & Place’ as well as being superbly timed ahead the actual 2017 Oxford-Cambridge Boat Race a week later.

The concert, set against a backdrop of an exquisite photography exhibition of nature and people around the River Thames and other locations, brought together a range of performers: the internationally acclaimed musicians, guitarist Craig Ogden and tenor James Gilchrist, performed alongside guitar students from the Royal Northern College of Music and 90 children from three local Barnes schools, the latter under the exuberant guidance of conductor Bill Connor. As was commented on during the concert, this was an evening that was very much about music-mentoring and passing on the passion to the next generation of musicians and music-lovers.

The first half was a feast of guitars. It was an arresting sight, 10 guitarists on stage performing Dodgson’s full but intimately glorious Watersmeet, which portrays little streams coming together to form a great river. Next, two of the RNCM students performed solo works by Malcolm Arnold and Lennox Berkeley before a guitar trio played the charismatic and quirkily-named The Insects Are Coming by Dutch composer Chiel Meijering. 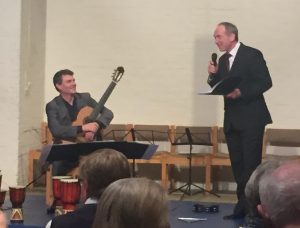 The start of the second half of the concert returned to Dodgson. James Gilchrist and Craig Ogden performed his London Lyrics, five texts by different authors conjuring up London spirits, the desire to be back in town instead of being tossed on the open seas, one individual’s disgust with London’s inhabitants, bad wine and smells (although worse things await him at home!) and an image of our lives being very much like the water of the river, rising to surface and being influenced by the seasons and weather, then lost downstream, but ultimately knowing that what we create in this world, our art, will remain. This colourful detail – these insights into the text (and into aspects of the musical setting) – were explained engagingly to us by James Gilchrist himself before each piece, bringing the diverse audience with him on his journey. And his performance was just as vivid and nuanced. Hugely enjoyable. 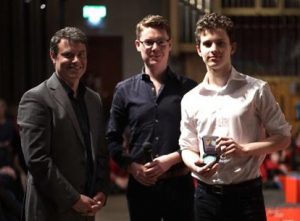 After this, we were treated to a ‘first’ for the Barnes Music Festival. This year, the festival had initiated a ‘Barnes Young Musician of the Year’ competition with finals at the start of the festival. The winner, pianist Samuel Tannenbaum, was now awarded the winner’s medal by Craig Ogden and festival Artistic Director Daniel Turner. Samuel then performed two beautiful Scriabin preludes followed by Gershwin’s delightful little number S’Wonderful.

The evening concluded with the culmination of a major project, Stephen Dodgson’s The Boat Race. The work emulates the build-up to and excitement of the yearly Oxford-Cambridge Boat Race along the Thames. Written in 1969, it was originally scored for children’s voices, minimal percussion and recorders, possibly with a view to available resources at the time. Bill Connor was our leader throughout the work (yes the audience found ourselves involved in performance too – the noisy crowd supporting our chosen crew!). He explained that the piece is a guide rather than a through-composed work, which allows for the addition of all sorts of instruments that children (or indeed adults) may play. In this way, we had a roster of guitars, flutes, recorders, clarinets, trumpets, xylophones, chime bars, glockenspiels and a cello, not to mention all manner of tambourines, drums, rain sticks, hand bells and other percussion. True to the Boat Race, it was complete with the coin toss to decide which side of the river the two crews would start and we even had an authentic BBC sports commentator in the form of Eleanor Oldroyd. The children from the three schools, Barnes Primary, St Osmund’s and Lowther, did a wonderful job of performing different songs (texts also by Dodgson) from memory within the piece between the commentary. The songs described the stages of the race and features that are being passed on the river and the children also led the audience in chants of ‘Oxford, Oxford’, ‘Cambridge, Cambridge’. A vibrant performance full of life and spirit. 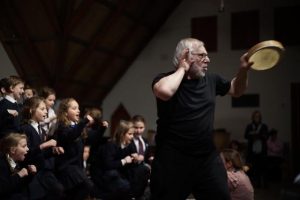 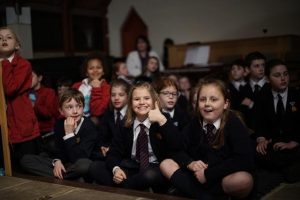 The next musical generation gives us a thumbs-up 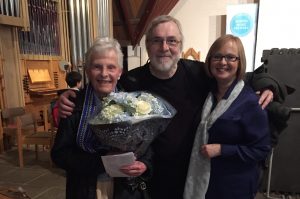 And a wonderful evening of talented musicianship which also showcased Stephen Dodgson’s huge range of compositional ability – a group guitar work, an intimate setting of texts for solo tenor and guitar, and a practical and fun partially improvised children’s work.

Oh, and if you want to know who wins in The Boat Race, you’ll have to wait for the next performance! 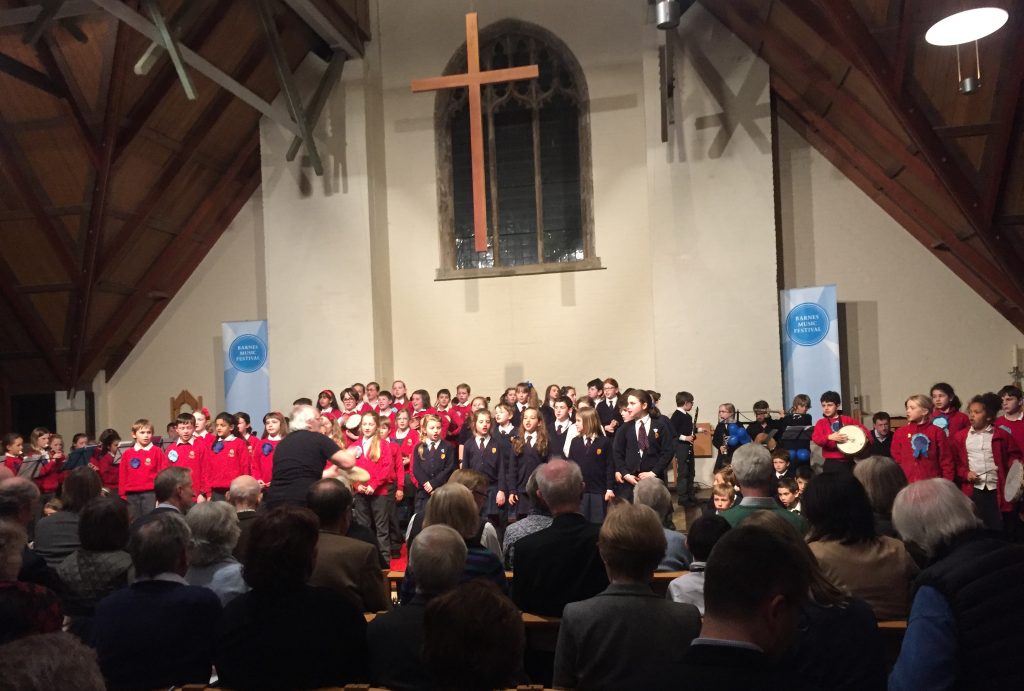 Who will it be? ‘Oxford, Oxford’! ‘Cambridge, Cambridge’! Stephen Dodgson’s The Boat Race